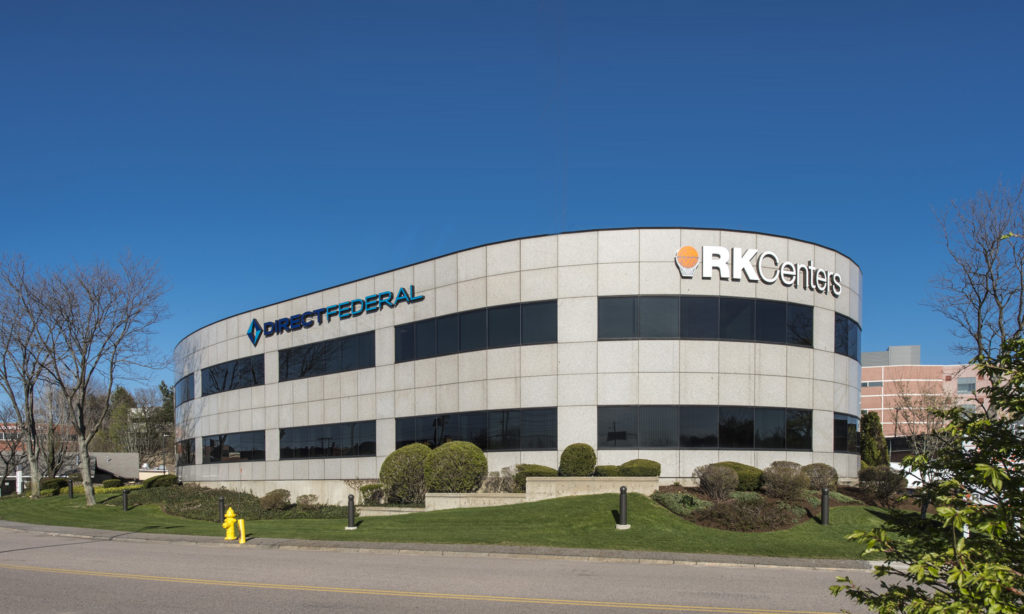 RK Centers is a privately held, family-owned real estate development company which currently owns approximately 10,000,000 square feet of commercial space. RK Centers acquires, develops, and operates prime “open air” regional and community shopping centers in New England and South Florida. With a stable business model utilizing a minimal amount of leverage, we are poised to acquire additional properties as we continue to grow our portfolio. Our company typically closes on acquisitions in less than 30 days with its own funds; thereby eliminating the need to obtain financing. With over thirty years of experience in real estate, RK Centers has a proven track record of success with tenants, customers, and the communities in which we operate. All of RK Centers’ leasing and management is performed in-house by company staff.

The company was founded by Raanan Katz who continues to guide the company with a steady growth rate which has withstood numerous market cycles. His “hands-on” approach and conservative borrowing practices have resulted in a portfolio of first-class properties with an extremely low debt structure, resulting in RK Centers being one of the more stable shopping center operators in the industry. RK Centers welcomes inquiries from national and regional retailers who are interested in drawing upon our considerable resources for assistance in site selection or other expansion needs. For more information Contact Us. 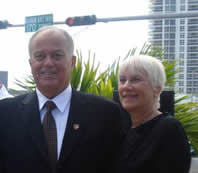 Raanan Katz first arrived in the United States in his early twenties with a reputation as an excellent outside shooter on the Israeli National Basketball Team. Raanan was invited to join the Boston Celtics training camp where he was the final player cut from the Celtics roster, edged out by Hall of Famer, John Havlicek. Red Auerbach, Head Coach of the Celtics, recommended Raanan to play for the U.S. All Stars, the sparring team for the world famous Harlem Globetrotters. After leaving the All Stars, Raanan settled in Boston, Massachusetts and purchased a small apartment building with the money he earned. During the next several years, he amassed over 2,000 apartment units in the Greater Boston area.

Raanan transitioned from residential to commercial holdings in 1980 when he acquired three retail properties in the Greater Boston area. In 1984, Raanan purchased a block of stores on Miami Beach and has continued to acquire properties throughout Southeast Florida and New England ever since.

Raanan’s vision provides for the long-term viability of his holdings as a result of the constant attention to detail regarding even the smallest maintenance issues. Raanan’s pride in maintaining first-class shopping centers is evidenced by his personal “signature” emblazoned on each building with the initials “RK” alongside the distinct company basketball logo.

From these humble beginnings, RK Centers has amassed a portfolio comprised of approximately 9,000,000 square feet of space in New England and South Florida. Raanan continues to apply his conservative real estate principles by operating with a minimal amount of debt, enabling him to sustain periodic declines in the real estate market; while continuously investing in improvements to his properties.

Raanan’s unyielding passion for NBA basketball was finally fulfilled when he became an original partner of the Miami Heat expansion franchise in 1986. Since the team’s inaugural season in 1988, he has been a fixture at courtside for Heat home games along with his wife, Phyllis. The Heat have developed into one of the league’s most successful and profitable franchises as evidenced by NBA Championship titles in 2006, 2012, and 2013.

Raanan also purchased a substantial interest in the Israeli basketball team, Maccabi Tel Aviv, in 2003. Widely known as one of the most successful clubs in Europe, Maccabi reached the Euroleague championship game four times during Raanan’s ownership tenure, including Euroleague Cup championship victories during Raanan’s inaugural years of ownership in 2004 and 2005. Raanan subsequently sold his interest in Maccabi Tel Aviv in 2009 but remains heavily involved with Israeli basketball by sponsoring teams based in Jerusalem, Galil, and Holon.

Raanan’s tireless commitment to the development of the City of Sunny Isles Beach, Florida has been recognized by the City in its renaming 170th Street in Sunny Isles Beach as “Raanan Katz Boulevard”. He was further honored with the dedication of the Phyllis and Raanan Katz Sports Center, located behind RK Village Plaza (18200 Collins Avenue), where Raanan remains a fixture on weekend afternoons taking on all basketball challengers with his still potent outside shot.

Additionally, Raanan’s development efforts have been formally recognized by numerous communities throughout South Florida and New England. He has been the recipient of the Metro South Chamber of Commerce – Economic Impact Award, the Raynham Community Pride Award, the Hallandale Beach – Gold Award for outstanding improvements and beautification of a commercial property, and several others for his commitment to the communities that his properties serve.

Raanan was selected by the Crohn’s and Colitis Foundation of America (CCFA) – New England Chapter’s Man of the Year in 2016. He was able to assist the organization in raising funds and was honored at the yearly Fete of Food and Wine Event. Governor Charlie Baker recognized Raanan’s dedication to the Crohn’s and Colitis Foundation’s cause with a proclamation in November 2016, for his dedication to the CCFA.

© 2022 This website, and the images, designs, logos, trademarks and trade names contained herein, are the exclusive property of RK Centers, and may not be used or reproduced without the prior written consent of RK Centers. All Rights Reserved.